A new partnership between one of the world’s leading Institutes in the field of research and development of electronic materials, the scientific center C-MET (India) and the Neutrino Energy Group (headquartered in Berlin) has been announced. The Neutrino Energy Group has created a technology for converting environmental energy (using an innovative composite material built with graphene) into electric current. Together the two partners are now a step closer to one of the most ambitious projects of the century – the creation of the electric Pi-Car.

Powered by environmental energy, this new and unique intelligent alliance could start revolutionizing energy generation and the automotive industry itself.

C-MET, the „Centre for Materials for Electronics Technology“ in Pune City was established under the Ministry of Electronics and Information Technology (MeitY). Under the auspices and financial support of the Government of India and the German-American company Neutrino Energy Group (headquartered in Berlin), C-MET signed a Memorandum of Cooperation, laying the foundation for combining financial and intellectual resources to create the Pi-Car – an electric vehicle with built-in Neutrinovoltaic technology, providing electric current under the influence of cosmic neutrinos, as well as other electromagnetic and thermal radiation. A starting budget of $ 2.5 billion was provided for the implementation of the project. 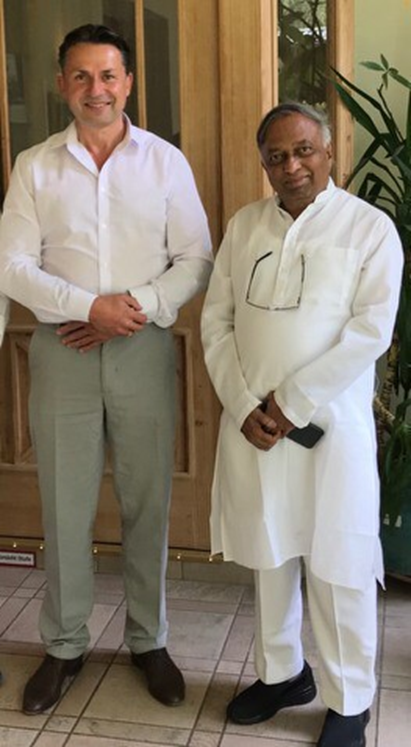 Dr. Vijay Pandurang Bhatkar – Rector of the Indian University of Nalanda and a computer scientist, developer of the state national program of India in the field of high-performance computers, known also as the creator of the PARAM supercomputer, officially announced the signing of a Memorandum of Cooperation within the framework of the International Conference on Multifunctional Electronic Materials and Processing (MEMP 2021), held on March 8-10, 21.

The Memorandum formulates the task of joint work in the field of material science, electronic materials, 2D materials, the creation of quantum dots for capturing neutrino energy and the development of applied devices. The result of the joint work will be the creation of the Pi-Car, an electric vehicle, which does not require electric current from charging stations. The Pi-Car will be equipped with a small battery, which will serve to cover the peak load and will be charged by autonomous current sources built into the body of the electric vehicle, collecting energy from the surrounding space. This is an innovative technological approach in itself that promises to find a solution to rising e-mobilty demands coupled with the inevitable increase in CO2 emissions while traditional power sources are ramped up.

Shri Sanjay Dhotre, Minister of State for Education, Communications, Electronics and Information Technology of the Government of India, stressed that the alliance of today’s best scientists will revolutionize the global energy sector and undoubtedly have the broadest support from the government of India. „Working on a joint project will help solve the energy problems of countries and strengthen mutual understanding between people, and therefore strengthen the principle of peaceful coexistence.“ 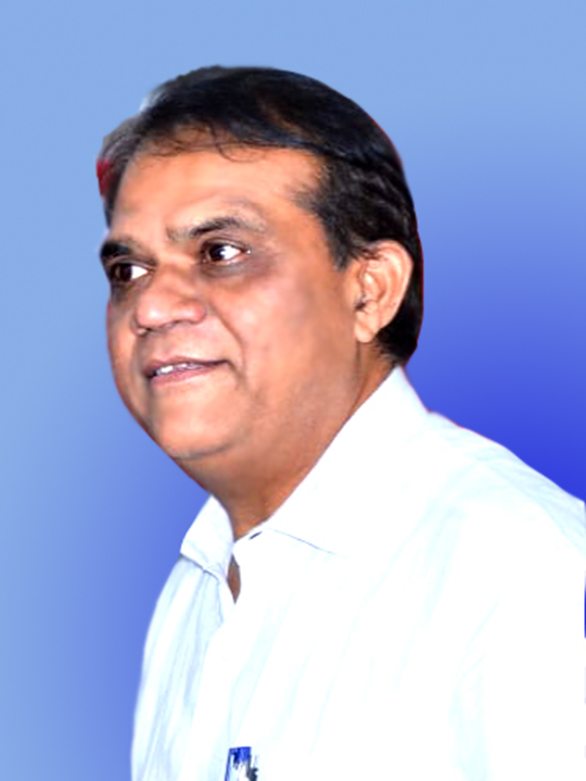 Dr. Bharat Bhanudas Kale is one of the founders and director of the Center for Materials for Electronic Technology (C-MET) in Pune, a member of the Royal Chemical Society in London, who is one of the world’s most renowned scientists in the field of energy and materials around the world. He is also in the team and sees particular importance in the entire world community in the signing of a partnership memorandum and the beginning of joint work within its framework.

Holger Thorsten Schubart, CEO of Neutrino Energy Group, who owns the intellectual property for this unique development, also has his own vision of the topic of “fair” electromobility and claims that the Pi-Car concept is the next fundamentally new generation, as it implies the creation of an electric vehicle, independent from centralized power supply. This means that it opens horizons for the consumer to be absolutely free, have unlimited movement with minimal operating costs, and in a global sense, this is the prospect for mankind to abandon the burning of fossil fuels in the future. This will reduce CO2 emissions into the atmosphere and undoubtedly combat global warming.

For the successful implementation of the project, serious technological prerequisites have already been created and the Pi-Car will be designed and manufactured using the most modern technologies – and this is an important guarantee for real chances of success. The power supply of the new electric vehicle is based on the Neutrinovoltaic technology developed by the Neutrino Energy Group. This technology has already received international recognition from leading experts in the field of energy, and its technical characteristics have also been confirmed by independent experts, in particular, in the framework of research by the Royal Swedish Academy of Sciences, which conducted an independent examination under the leadership of Professor Victoria Martin at the request of the German auto concern Daimler AG.

The working element of the Neutrinovoltaic technology is a multilayer nanomaterial of alternating layers of graphene and doped silicon. In recent years, a wide range of scientists has been exploring the possibilities of using graphene in the field of energy: today it is already considered proven that graphene is able to collect electricity from the environment. However, the weak current and voltage per unit surface of graphene did not allow using it to generate electricity, the applied use of this, in fact, a unique property of graphene. Such a solution was found by a group of scientists led by Holger Thorsten Schubart – a multilayer generating nanomaterial was created, which made it possible to increase the power received from a unit of working surface by orders of magnitude.

The role of neutrino energy in the process of electricity generation using Neutrinovoltaic technology can hardly be overestimated. The latest published data from the COHERENT experiments at the Oak Ridge Laboratory (USA) proved that low-energy neutrinos are involved in weak interactions with the nuclei of substances. These interactions are one of the main factors causing vibrations of graphene atoms, occurring in the form of “graphene waves”, which, when in contact with silicon layers, release electrons and generate an electric current.

Despite the technology base already mastered and tested in the laboratory, there is still a long way to go before the first Pi Car hits the road. Holger Thorsten Schubart emphasized that work on the creation of a self-charging Pi-Car electric vehicle will require a set of additional research related to the reliability of power generation in various conditions, safety and many other parameters. In solving the assigned tasks, the design and demonstration center in Frankfurt will become an important part of the project.

“We are glad to go this way together with such an important strategic partner as C-MET, known for its top-level specialists, recognized all over the world – Neutrino Energy Group has long been looking for a competent partner capable of handling such a large-scale and complex project,” comments Holger Schubart

The creation of a self-charging electric vehicle, no matter how fantastic and ambitious it sounds today, is undoubtedly a new milestone in the history of the automotive industry, in particular, electric mobility. Technological prerequisites and strategic partnership for the emergence of such a technical innovation on our roads are provided.