Tel Aviv, Israel and Shanghai, China (August 2, 2021) – INOKIM, a leading international designer and manufacturer of electric scooters, today announced that the company has merged its business operations in Israel with its manufacturing facility in China into one business entity.

INOKIM reports that this merger with a premium Chinese manufacturer will provide the company with better control over the entire value chain for its electric scooters from R&D to manufacturing to marketing and sales as it plans to ramp up its global expansion.

INOKIM will now become the only supplier of micro-mobility solutions manufacturing electric scooters from aluminum ore into its final product.

According to INOKIM, this merger deal is valued at several tens of millions of dollars.

INOKIM also announced that the company is planning to open logistics centers and flagship stores across the United States, United Kingdom and Europe. The company has already opened a store in New York and intends to open additional stores in Miami, London, Paris, Barcelona and Berlin by the end of 2022.

“The expansion of our manufacturing capacity is the next step in our global expansion plans,” stated Kfir Ben-Shooshan, founder and CEO of INOKIM. “Our company is proof that a safe, alternative transportation method can be created with an exciting user experience and profitable business model. We are proud of our accomplishments up to now and have strong expectations for continued success in new markets around the world.” 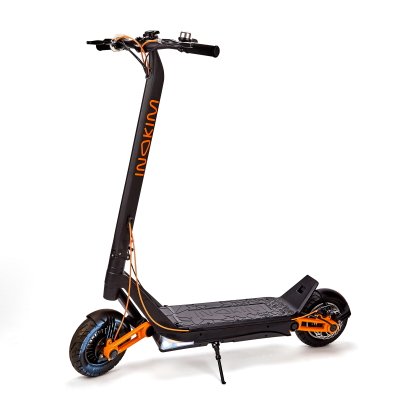 In addition, INOKIM’s Chief Design Officer, Nimrod Sapir, has become an active shareholder in the company and now controls ten percent of the company’s shares. Sapir has been responsible for the design of INOKIM scooter products since the company’s inception in 2011 and is currently working on new models that the company will be launching soon. He has won several international awards for his designs of numerous INOKIM scooter models.

INOKIM is a leading international designer and manufacturer of state-of-the-art electric scooters. The company was founded in 2011 and established its first retail branch in Dizengoff Center in Tel Aviv, Israel. INOKIM is controlled by Kfir and Dror Ben-Shooshan. The company currently sells its products in around 40 countries, including the United States, Spain, Germany, Italy, France and the United Kingdom, mostly through local dealers. For more information, please visit www.inokim.com.