The Delayed Pardoning of Rev. Dr. Tracy Andrus the Most Rehabilitated Ex-Felon in America. A Case Study on the Exclusive Pardoning Powers of Texas Governor Gregg Abbott 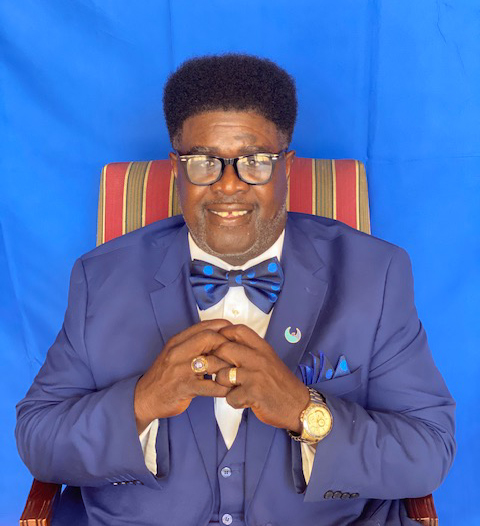 Rev. Dr. Tracy Andrus is without a doubt the most celebrated ex-convict in east Texas and northwest Louisiana. Having helped hundreds of ex-felons get back on track, Dr. Andrus spends most of his days educating students at Wiley College, assisting citizens at the Tracy Andrus Foundation, and encouraging the body of Christ through his pastoral-ship at the historical Edwards Chapel Baptist Church in Marshall, Texas where he has served as pastor for the last 13 years. Tracy Andrus was sentenced to 57 years in prison in 1991 in Shreveport, Louisiana, Texarkana and Houston, Texas for check kiting and theft of service for failure to return a rental car on time. Tracy Andrus was released from prison in 1994.

Since his release from prison, he has earned his associates and bachelor’s degrees from Louisiana College in Pineville, Louisiana, and his master’s degree in Criminal Justice from the University of Louisiana at Monroe (ULM). Tracy went on to earn his PhD in Juvenile Justice from Prairie View A&M University becoming the first African American in the United States to earn the degree in 2005. (Houston Chronicle) Since being released from prison in 1994 Dr. Andrus has taught school as a third-grade teacher at Lincoln Elementary School in Monroe, Louisiana, passed the Louisiana real estate exam and sold real estate in Louisiana, worked for Juvenile Probation in Houston, Texas, conducted research for the State of Texas regarding juveniles and tobacco use.

Dr. Andrus has conducted research for the Department of Homeland Security and continues to serve as Director of the Lee P. Brown Criminal Justice Institute at Wiley College in Marshall, Texas where he has served for 15 years. Wiley College’s Criminal Justice Institute was recently (2021) ranked as the second-best criminal justice program in the nation by Study.com. Wiley College is home of the Great Debaters. Dr. Andrus was granted a full executive pardon from Louisiana Governor John Bel Edwards in 2019 and has been recommended for a full executive pardon by the Texas Pardon Board in the state of Texas (2019). Dr. Tracy Andrus’ pardon is currently sitting on the desk of Governor Greg Abbott waiting for a signature from the governor. If there is anyone in the United States that really deserves a pardon, it is Rev. Dr. Tracy Andrus. Dr. Andrus did not commit any violent crimes, he has been out of prison for over 27 years and is a taxpaying citizen.

We chose Dr. Tracy Andrus’ case to call attention to the injustices that ex-felons face while trying to regain their place in society. The laws that are currently being used to prevent Dr. Andrus and thousands of ex-felons in Texas from regaining all their civil and constitutional rights are grounded in the Texas Constitution of 1845. That is correct! Pardoning power in the state of Texas has not changed and the language that is being used today is identical to the language in the Texas constitution of 1845 which was written over 175 years ago. In the early 1900, there was a movement to expand the pardoning powers to the judicial and legislative branches of government which resulted in a drastic increase in the granting of pardons. This effort was short lived. In the United States there are approximately 27 million convicted felons. During this era of mass incarceration and Covid-19, we are calling on the Governor, State legislators, Texas Supreme Court Judges, and the United States Supreme Court to revisit the laws surrounding pardoning powers in Texas.

No state should reserve exclusive power to pardon in one individual! Even the English Law which the state of Texas relied on to write its clemency laws allowed other entities to recommend and pardon subjects. Pardoning in England was not exclusively reserved for the Crown. There are millions of people in the United States who should have had their rights restored already. Clemency and Pardoning Powers must be revisited if we are to be a nation that will be fair to our citizens.

Felony Convictions and its collateral consequences prevent millions of otherwise deserving, capable citizens from pursuing happiness and being truly liberated which are constitutional rights guaranteed in the constitution. Today, we call on the Biden-Harris Administration to invoke federal legislation and statuses that will make it unconstitutional to allow governors to maintain exclusive power to pardon. We call on elected state officials to modify the process whereby alternative measures will be used to expunge, pardon, or provide nondisclosures for ex-felons. Felony convictions prevents millions of ex-felons from being able to be hired on various jobs, prevent access from housing, prevent them from obtaining occupational licenses, from being granted SBA loans, from obtaining educational Pell grants, and subject persons who have served their time from being able to enjoy their constitutionally guaranteed rights of liberty and the pursuit of happiness.

Rev. Dr. Tracy Andrus has served his time and has been out of prison for 27 years. He has served as a role model for thousands of students who hold him in high regard. He has impacted the lives of people all over the country through his books, research, speeches, sermons etc. Politicians, students, law enforcement officers, celebrities and presidents at various institutions have written letters of support to the Governor and Pardon Board supporting the pardoning of Rev. Dr. Tracy Andrus. It will be a travesty of justice to allow Rev. Dr. Tracy Andrus and others who are similarly situated to go to their graves with a felony conviction still on their records despite their accomplishments after being released from prison.

Rev. Dr. Tracy Andrus is regarded among his criminal justice/criminology peers and those with whom he works as the most rehabilitated ex-felon in AmerIca. Rev. Dr. Tracy Andrus is married to Dr. Sonya Burnett-Andrus, Principal of Marshall Early Graduation School and is the father of Desmond and Tracy Andrus. He lost his only daughter Heather Mouton to domestic violence in 2018. Dr. Andrus along with State Representative District 42 John Stefanski (R) Louisiana were instrumental in strengthening restraining order laws in Louisiana in memory of his daughter. Louisiana Governor Jon Bel Edwards signed HB36 (Heather’s Law) into law in 2019. With the stroke of a pen, Governor Greg Abbott has the exclusive power to grant Rev. Dr. Tracy Andrus his true freedom. “Being out of jail or prison does not free us” The restoration of our civil and constitutional rights is what frees us physically”. Spiritually, Christ has set us free indeed!